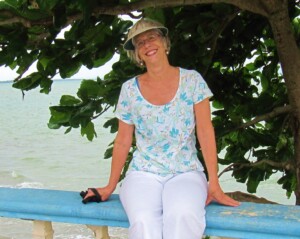 My memoir The Coconut Latitudes is well on its way to publication in September by She Writes Press. I’ve been thinking about the beginning of this writing journey, over a decade ago. Back then I was facing the inevitable—that I must write a memoir. The “must” was an insistent inner voice that just wouldn’t be still. Like others, I’m sure, I questioned my sanity. At the same time, I struggled with doubt. How could I, who perfected the art of invisibility, write a book that would expose my family and me? I comforted myself by believing that no one would see the finished product if I deemed it inadequate. Besides, it wouldn’t have to be about me. I already felt I was not good enough to the subject of the book. I didn’t finish college, much less pursue an MFA, the coveted degree that seems to be de rigueur for real writers. So, maybe I could write about my family and childhood in the Dominican Republic and it wouldn’t be my story. But if not mine, whose?

I thought maybe the beginning should be my father’s account; the story of how he found his way to a tropical island after a decade of hazardous engineering jobs. The story could be about the way he was seduced by a curve of beach, by the promise of paradise after too many dangerous assignments building dams high in South American mountains. Or about the way his World War II experience, sweating in submarines deep in Pacific waters, repairing electrical systems damaged by warplanes. Maybe it ought to be my mother’s tale, the one about a young schoolteacher who’d never left home and was herself seduced by the tall man with wavy brown hair, a crooked smile, and wrinkly eyes who pulled her right into his dreams. I could chronicle how she found herself at the rail of a ship that trudged its way to South America. Tell of her extended honeymoon— two lonely years in the cold Peruvian Andes with only llamas and the haunting Quechua flute slicing through the thin air to keep her company. I could describe her descent to sea level, taking two small children to a different loneliness on a tropical island, and how she began a self-imposed sentence of submission to her husband, serving his dream of paradise.

Still, it may be my sister’s story, about her life with a secret she couldn’t tell, wouldn’t tell. Berta, the blue-eyed, yellow-haired child—a cypher who learned to disappear into her own skin, into silence far too young. But I never could break open the door she kept locked, so how could I betray what little I knew by attempting to write her story?

In the end I faced reality. The voice urging me to write was the only one to tell my story, the only voice I have. My own account was twined with my family’s, like a river whose origins are different but cleave together, flowing as one. Our multiple stories bled into each other, some caught up in eddies, but all finally pooling at a sand bar by the ocean’s edge. I’d need to pry apart our separate channels until my river became its own torrent of words, slicing its singular way forward in its search for truth; secrets be damned. And so the writing began. At first halting, I slowly began to trust my voice and gave in to the flow. In December of 2013, after a number of edits, I hit the “send” button on the final manuscript, and my memoir made its way to the publisher.

Now…a new journey has begun. I’m in a new and unfamiliar world filled with words like “platform,” “marketing,” “pre-publicity strategies.” This labor is hard; a huge to-do list presses for attention as I count down to the book’s launch in September. I’ll be posting more about my journey to publication as the weeks go by…check in for updates to travel along with me!