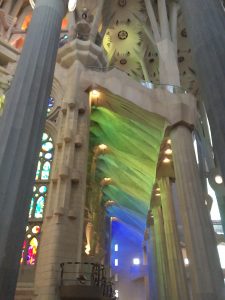 Earlier this spring, I participated in a writing workshop/adventure in Spain, hosted by Wanderland Writers. In Barcelona, I fell under the spell of Antoni Gaudi’s hallucinogenic architecture. In Seville, I accidentally became part of a religious procession where drumbeats, incantations, and incense punctured the night sky. I surrendered to the ministrations of an expert masseuse in a hammam, a centuries-old Arab bath house. I became lost on narrow cobblestone streets and followed my nose to  blossom-scented plazas where the sacred and the secular danced together.  By the end of my trip, I was brimming with essay ideas. I hope to share my tales with you in Wanderland Writers’ next anthology, Wandering in Andalusia, but in the meantime, here a few images from the journey. 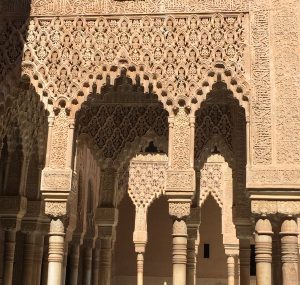 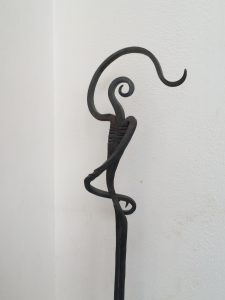 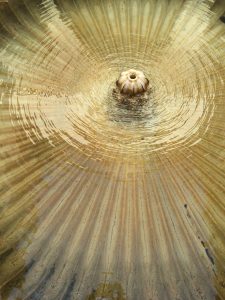 Fountain at the Alhambra in Granada 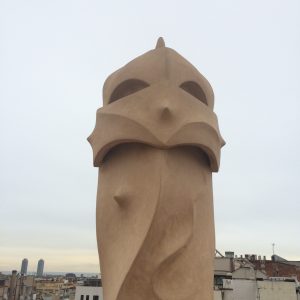 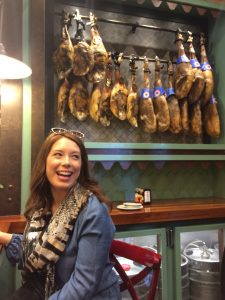 Spain’s ubiquitous jambon (ham) hanging in a bar in Seville