It’s already summer; how did that happen? 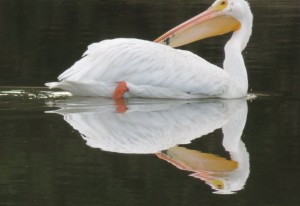 This particular June solstice brings with it a desire to reflect upon the   head-spinning events of the past few months.  Dictionaries define the term reflection variously. Interestingly, the   root is from the Latin reflexiōn – a  “bending back”, which seems fitting as I look backwards.

Another common definition includes the act of reflecting images produced by mirrors or other things like water,   shiny metals or glass. In early spring I learned that The Coconut Latitudes was a finalist in the 2015  Benjamin   Franklin Awards, an event sponsored by Independent Book Publishers Association. The winners would be  announced at a ceremony in Austin, Texas. While I didn’t expect to win, I thought it would be a fun trip. I’d meet other authors, see my publisher and have a look at the city. So after an embarrassingly long shopping trip to find shoes that wouldn’t shout “Sensible-sandal-wearing California earth mother”, I packed my suitcase. 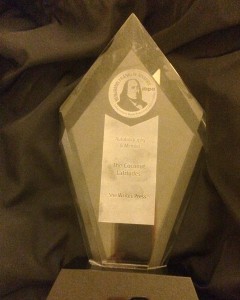 As it turned out, I won Gold Award for memoir category, and two days later I had to unpack my bag at the airport when leaving Austin. My crystal award and its sharp obelisk shape had, not surprisingly, caught the eye of the TSA agent as it went through the scanner, reflecting potential danger. I admit I had noticed the large sign behind him that shouted: “NO pointed objects allowed on the aircraft.” Oddly, my shiny (and pointy-toed) shoes didn’t get his attention and he did let me keep my trophy after determining I seemed unlikely to wield it as a weapon mid-flight.


In May, after planning a trip to the East Coast to visit friends and family, I learned my memoir had won a second Gold Award, this time in the 2015 Next Generation Indie Awards, and the presentation would be in New York City. I decided not to go, except my friends just wouldn’t shut up. After all, as they sensibly pointed out, I’d already be in the general neighborhood (well, Boston.) And I had the shoes. 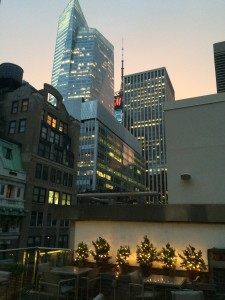 The awards ceremony was lovely, and New York City  simply took my breath away. Buildings  glowed orange in the 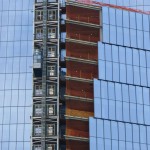 dusk. Raindrops mirrored the skyscrapers and sidewalks. The night glittered with magic and in the  daytime, the blue sky reflected off buildings under construction, partly revealing  gritty  underpinnings that would soon be  obscured by a  new shiny skin.

Another definition of reflection involves “ideas or thoughts that come as a result of thinking or  meditating.” A couple of weeks ago I  received a phone call from the Pacific Northwest Writers Association, letting me  know  that my book  is a finalist in their awards program. The winner will be announced in July at an event in Seattle. I  don’t think I’ll meditate  on that too long, other to than to express my gratitude and say: Thank you, and yes, I will be there. It doesn’t matter if I win or not; what is precious to me are the connections made, new friendships, introduction to new worlds of words, and not the least – the gift of reflection in all its myriad definitions.